It’s normal to have the urge to run right back to your maladaptive sexual behavior in order to cope with this stress. 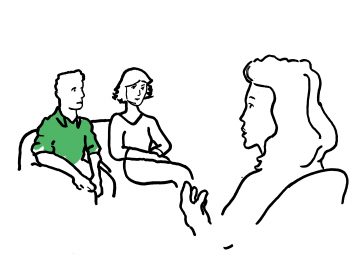 Your first day at New York Pathways is a triumphant moment. It obviously won’t feel anything like that. Typically, patients arrive in our office immediately after an immense catastrophe. After courting disaster with risky sexual behavior for years or decades, life as they know it has come to a sudden stop. It’s a time that feels crushing and humiliating. But just by stepping in the door, you’ve done something that most in your situation haven’t—admitting that you aren’t totally in control. You need outside help. This is a terrifying but clarifying realization that most people stave off with the kind of rationalizations that we’re all familiar with, like, “I can stop anytime I want,” or “I’m not really addicted, I’m just going through a phase,” and so on. That first step is the most difficult part, and the early stages of recovery are the most arduous. If that information makes you feel stressed out, well, understand that this is normal. It just means you’re human. In fact, it’s normal to have the urge to run right back to your maladaptive sexual behavior in order to cope with this stress. That’s okay, as long as you’re mindful that this is just an element of addictive behavior. You have to (and very much can) stay with the process despite the voices in your head that say, “okay, time to move on, this is fine, I can do this alone.” But let’s take a step back for a moment and talk about the word “addiction,” or, more specifically, the term “sex addict.” There’s no denying that “sex addict,” in our society, is an ugly concept. While we’ve removed a lot of the stigma around, say, alcoholism, we’ve been slower with sex addiction. For many, the phrase calls to mind perversion and predation: dangerous people who have to be removed from society. The lurking rapist in the alleyway or the homeless person masturbating on the subway car. In reality, though, those kinds of people are vanishingly rare, and are quite distant from the typical sex addict. Most of our patients are, beyond their sexual behavior, examples of societal success. The people we see are often solidly middle-class people with respectable careers and a fair amount of education. By all outward appearances, they’re doing fine. It’s the interior and personal life that’s at issue. Also, most of our patients achieve successful recovery; they don’t remain lifelong outcasts, and they develop fulfilling, untroubled relationships. (Which is to say, relationships that are only troubled the normal amount.) However, that’s not a result of some genius magic incantations we can give you. It’s not about a eureka moment of self-discovery. Recovery involves a hard-earned rewiring of the mind and heart that requires staying true to the therapeutic relationship—to the path we embark on together. You need to have trust in yourself and trust in us. It starts with our Workbook, which is a canvas for you to come to self-knowledge through writing, and then, further, author a conception of the life you want. By genuinely answering its questions, you also inform us about what kind of therapy would suit you—after all, you’re not some generic patient. We’re familiar (and expert in) the the broad strokes of addiction therapy, but to make it work, we need to know about your specifics. It also involves abstinence. The daily grind of simply living the way you’d prefer to. We know you’ve probably tried this before and it probably hasn’t worked. We’ll give you a better shot, with preparation, support, and resources to deal with those nagging feelings that drag you back to repetitive behavior that you feel powerless to stop. We won’t just throw you into it headfirst. And there will be a tipping point. One fine day, your interior monologue will change. It will tell you to stay true to our therapeutic relationship, rather than encouraging you to discard it. This shift is actually happening, to some extent, right now. By reading this, by internalizing what’s on this page, you’re starting the rewiring of your brain—laying out a new groundwork that you can rely on. One day, you’ll be able to fully credit yourself for a full recovery. We can start travelling towards that day together, as soon as you set foot in our offices.