The Art of Self-Deception

Scott Peck wrote in The Road Less Traveled that “Mental health is the ongoing process of dedication to reality at all costs.” People struggling with addictive sexual behavior have lost touch with reality. They are in the land of self-deception. In fact, the sex addiction cycle is such that 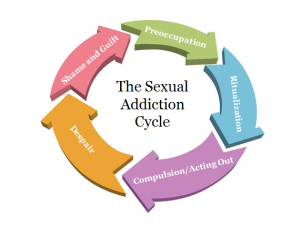 the preoccupation stage and the ritualization stage actually loosen one’s grip on reality. The imagined pleasure of acting out disables rational thinking. That resolve to refrain from acting out because you know you can’t act out and live up to your full potential suddenly loses its importance. That hard earned realization that you hurt others and yourself when you act out just doesn’t seem to matter in the heat of the moment.

If people were actually tuned into the reality of the behavior, the undeniable truth, then it becomes much harder to engage in repetitive and destructive behaviors. That’s why it’s important to become familiar with your rationalizations and work hard in tempting situations to be as honest with yourself as possible to avoid self-deception.

1. Denial: rejecting the meaning of one’s actions to avoid some painful aspect of reality.

2. Minimization: admitting the reality of a situation but denying the seriousness of it.

3. Rationalization: A process by which an individual employs “plausible, but untrue” reasons or explanations to justify certain actions or attitudes.

4. Projection: admitting both the reality and seriousness but denying responsibility by blaming somebody or something else.

5. Compartmentalization: process whereby two conflicting ideas or values are allowed to co-exist by prohibiting the acknowledgement of their inherent contradiction.

What are the things that you tell yourself, if not consciously, then unconsciously, in order to maintain   your sex addiction?  Share your thoughts and comments in the space below.

Get your recovery on at New York Pathways.  You can stop the pain and self-deception with honesty and courage.