Sex Addiction – Not a “One Size Fits All” Disease

“I desperately wanted to have sex with him or for him to want me, but afterwards, I felt like a discarded crack vile. Empty, used, worthless.”…anonymous

Women always have been overlooked or underrepresented in studies of alcohol, drug, gambling or sex addiction. It has been 70+ years since the founding of AA and 60 or so years since the American Medical Association recognized alcoholism as a disease. Yet women in treatment remain unfairly, intensely stigmatized, especially in areas of problematic, compulsive sexual behaviors. We are supposed to be somehow more pure, nurturing mothers and, when sexual, only with those with whom we love, leading to more intense self-hatred and shame.

Women sex addicts, responding to the objectification of women in our culture, tend to use sex 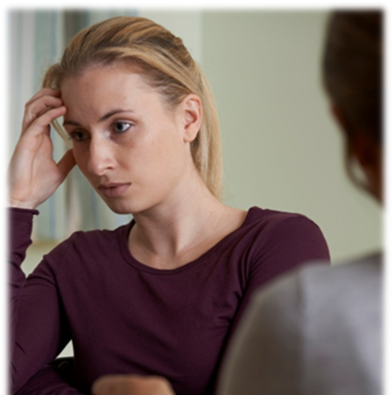 Women who engage in problematic, compulsive sexual behaviors have often suffered abuse, serious emotional neglect, family instability or other developmental difficulties they are trying to “fix” with their behaviors. Self-soothing, thrill seeking or general detachment are sometimes the goals; other times, using the behaviors to form an emotional bond and to hold onto relationships. Painfully, the behaviors lead to just the opposite.

While the etiology and manifestations of sex addiction may be different for men and women, the end result is the same – risk taking and out-of-control behavior that ultimately leads to serious, life crisis.

The problematic and/or compulsive sexual behaviors exhibited by female sex addicts include:

New York Pathways Specializes in the Treatment of Sex Addiction

At New York Pathways, we tailor treatment to the needs of women and adolescent girls recovering from compulsive, problematic sexual behaviors. Confidential, compassionate and healing recovery is possible. Please call us today to start your road to sexual addiction recovery.

Liz Lacy is a Clinical Supervisor at New York Pathways in New York City. She provides therapy to individuals, groups and couples who are experiencing difficulties relating to problematic sexual behaviors and intimacy disorders. She is also considered an expert in the treatment of complicated trauma and anxiety disorders.